The Goju Ryu Portal was initially established in 2007 by Frank Louis, Sensei. At that time, it was a private portal for select senior karate instructors and students. Over time the portal gained popularity, and interest for access spread throughout the world. This development culminated in 2020 when Covid-19 led to more instructors and students seeking credible information and instruction on Goju Ryu online. As a result, the Goju Ryu Portal was re-launched with its own dedicated web address and new website.

The content in the Goju Ryu Portal is carefully researched and curated to ensure it is authentic and based on teachings and information received from legitimate master instructors who have been involved in Goju Ryu karate-do for a minimum of 40 years.

The Goju Ryu Portal is operated on a not-for-profit basis to ensure valuable and credible information on Goju Ryu karate-do is available to all. Our primary focus is on expanding the knowledge and skills of all our members.

Frank Louis, Sensei is the founder and creator of the Goju Ryu Portal and Dojo Portal. He has been certified in Japan as a Master Instructor and is the Hanshi of Goju Hakutsuru Karate-do.

Frank, Sensei is a long-term practitioner in Goju Ryu, studying the art and associated martial art styles since 1975. He has been awarded numerous black belt grades in Japan and Australia and has been recognised internationally as a leading martial artist. Frank, Sensei is the recipient of the rare Bubishi Master rank and Shidoin (Shihan) Teacher's License awarded by Tadahiko Ohtsuka O-Sensei in Japan in 2007. He was the Kyoshi of Goju Ryu Yonshin Kai holding a 7th dan black belt and other senior instructor grades in related Goju Ryu styles. He has also studied Shorin Ryu, Aragaki Ryu, Hakutsuru Ken and related Chinese martial arts.

Frank, Sensei is an author of numerous articles and presentations on Goju Ryu karate-do and its underlying principles. He is the first instructor in the world to have translated the 13 Volumes - Instructor Manuals by Ohtsuka O-Sensei into English. These Manuals have only ever been written in Japanese and regarded as karate masterpieces since they were originally published in the 1970s.

Frank, Sensei is the founder and Hanshi of Goju Hakutsuru Karate-do (i.e. Hard Soft White Crane Karate Style). He privately teaches instructors at all levels around the world the intricacies of traditional Goju Ryu karate. 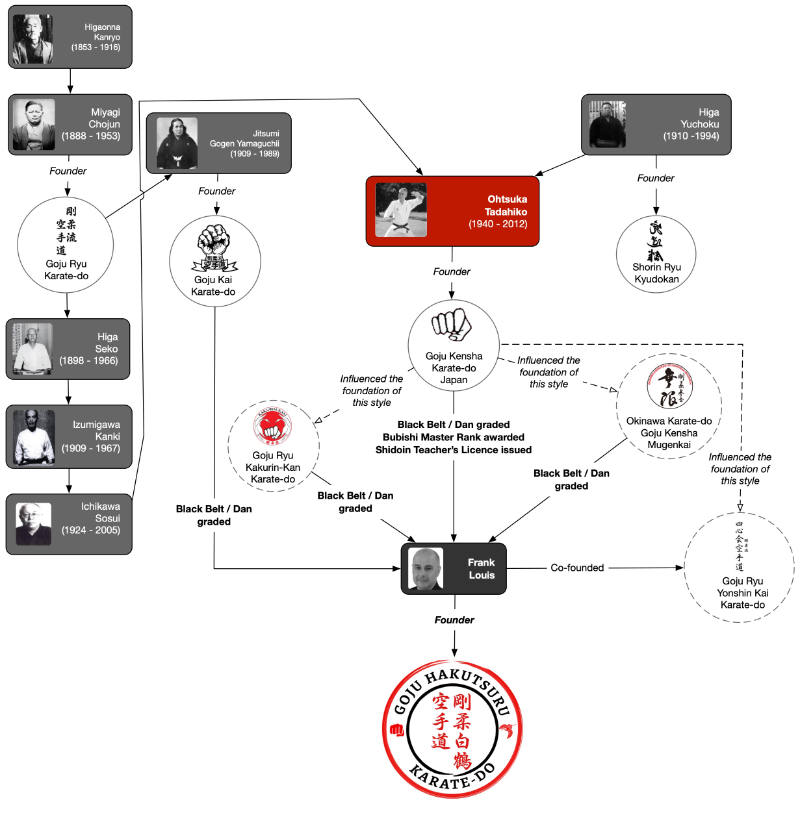 John Power, Sensei is a major contributor to the content in the Goju Ryu Portal. He has been certified in Japan as a Master Instructor

John, Sensei commenced his karate training in 1965 originally in Shotokan Karate and subsequently in Goju Ryu through Goju Kensha, Shurite, Aragaki Ryu, Hakutsuru Ken, Pa-Kua and Tai Chi Styles. John Sensei has been awarded numerous black belt grades in Australia and Japan. He is the recipient of the rare Bubishi Master rank and Shidoin (Shihan) Teacher’s Licence awarded by Ohtsuka O-Sensei in Japan in 2007. John has also received the honorific title of Kyoshi from Fumimaro Suzuki, Sensei, Founder of Okinawa Karate-do Goju Kensha Mugenkai in Japan. He was the Hanshi of Goju Ryu Yonshin Kai karate-do holding an 8th dan black belt along with other senior karate instructor grades and Sifu rank in several Tai Chi styles. 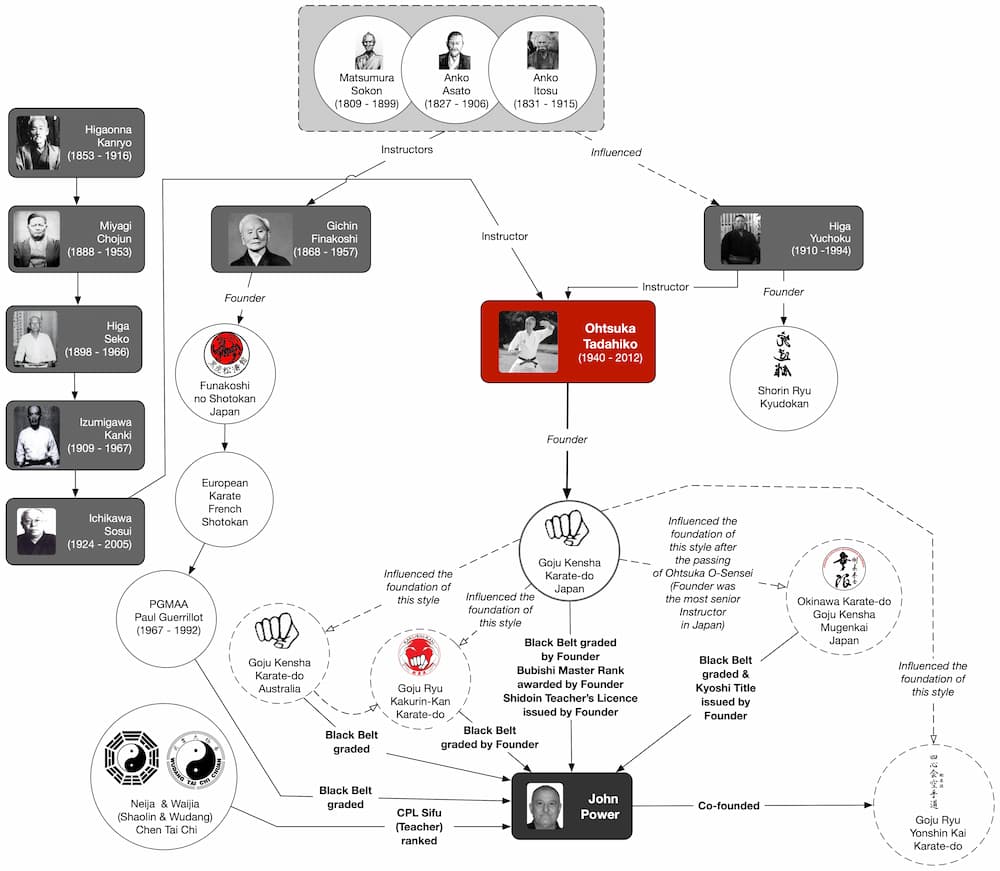 The online home of

This website uses cookies to ensure you get the best experience when viewing various web pages. We do not collect, track, sell or distribute your personal information to third parties. View our Cookies Policy.